Plunge was an opportunity for urban and rural people to come together to explore new possibilities for the use of our nation’s most abundant and under utilized resource – cow dung.  It was created in collaboration with Whitespace Contemporary Art in Auckland for Artweek 2012. 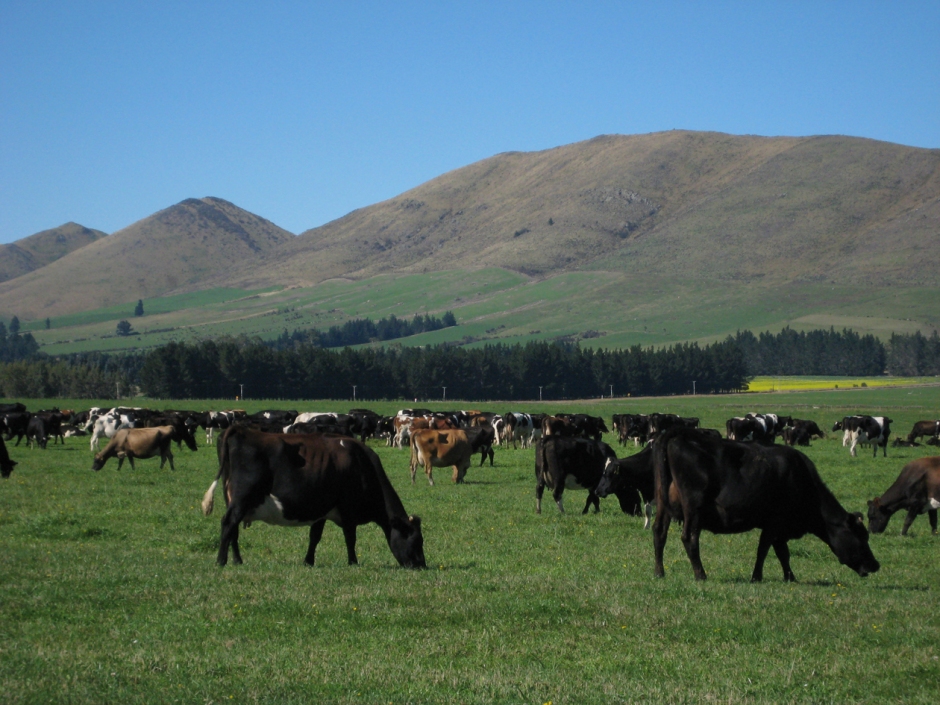 This project was inspired by a conversation over a cup of tea in a small rural museum in Southland during my time as artist in residence for the William Hodges Fellowship. 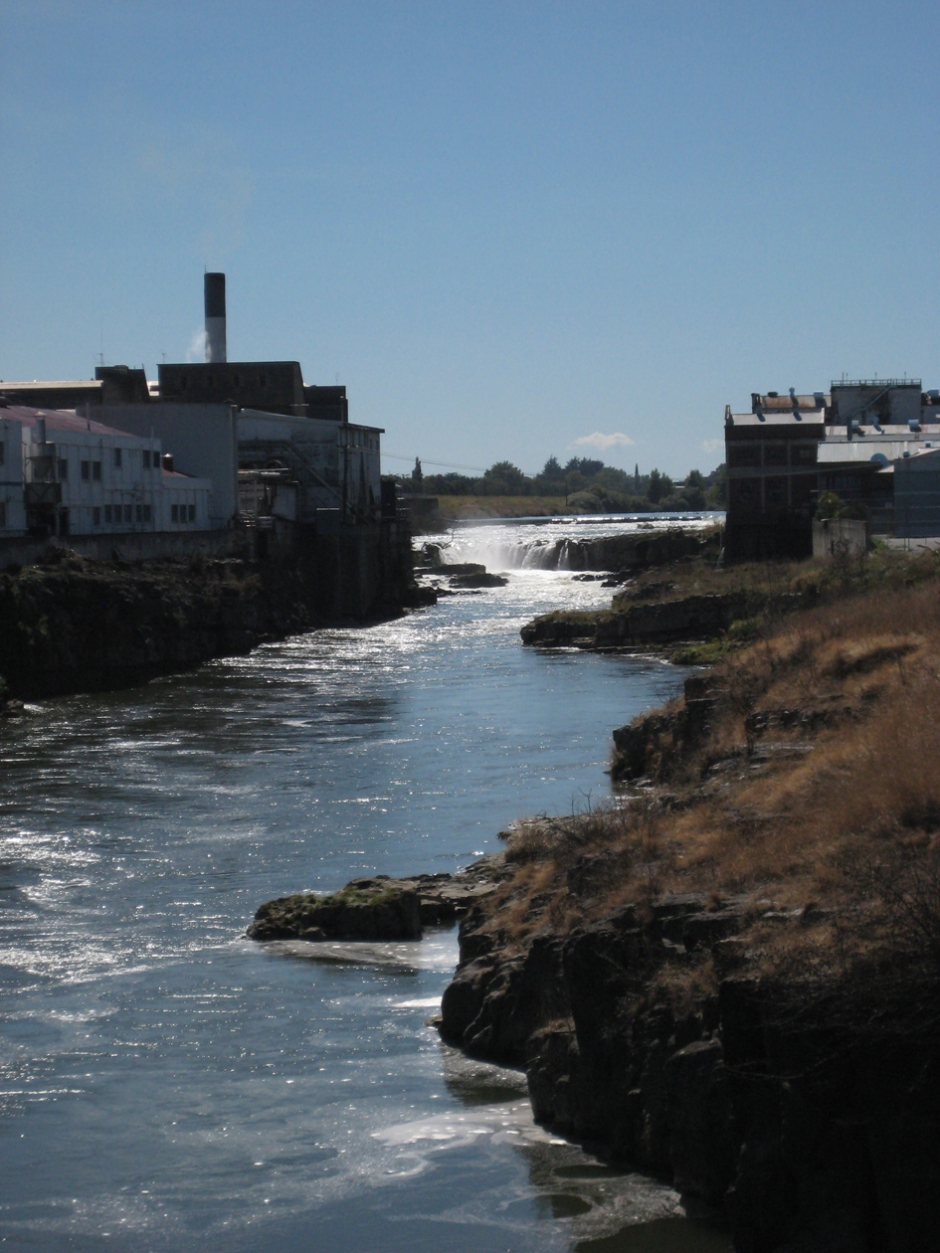 The three women who hosted me revealed that they wouldn’t let their grandchildren swim in the local rivers because they were badly polluted with cow effluent from our industrial-scale dairy farms. They also mentioned that they wouldn’t speak out against this lack of environmental management because their small community depended on dairy farming for economic survival.

Our government is inclined to market New Zealand as 100% Pure.  While our scientists, farmers and conservationists are scrabbling to mitigate the growing problem of freshwater pollution in New Zealand.

By planting riparian margins alongside the waterways the hope is that the tree roots will filter the nutrient/effluent runoff from grazing cows.

This Artweek project was inspired by the principles of Permaculture (a design model that is based on the idea of permanent culture and permanent agriculture).   I enjoy the idea that our most pressing problem might become our greatest opportunity.  Perhaps we just need to explore new uses for cow effluent . . .

. . . as entertainment for Artweek participants . . . as a paint pigment . . . to grow trees that will benefit our global environment . . . perhaps even community orchards . . . 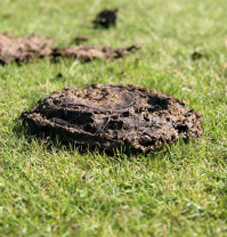 Before the Artweek project began, buckets of fresh cow dung were collected from a South Auckland farm.  It was then boiled, and a glove and wash-station was created outside the gallery in Auckland’s inner city suburb of Ponsonby. 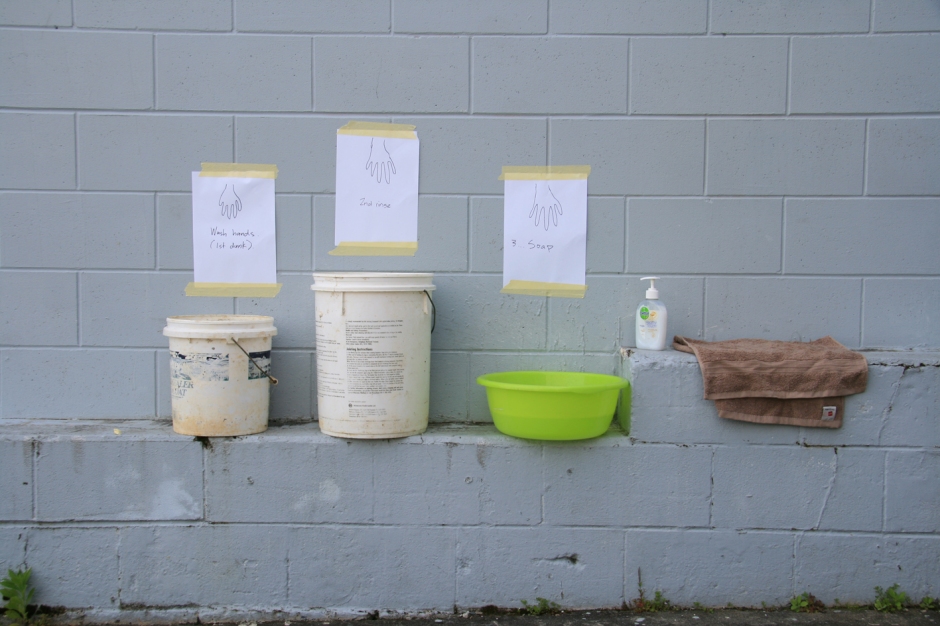 We then applied a stencil to the front windows of the gallery. 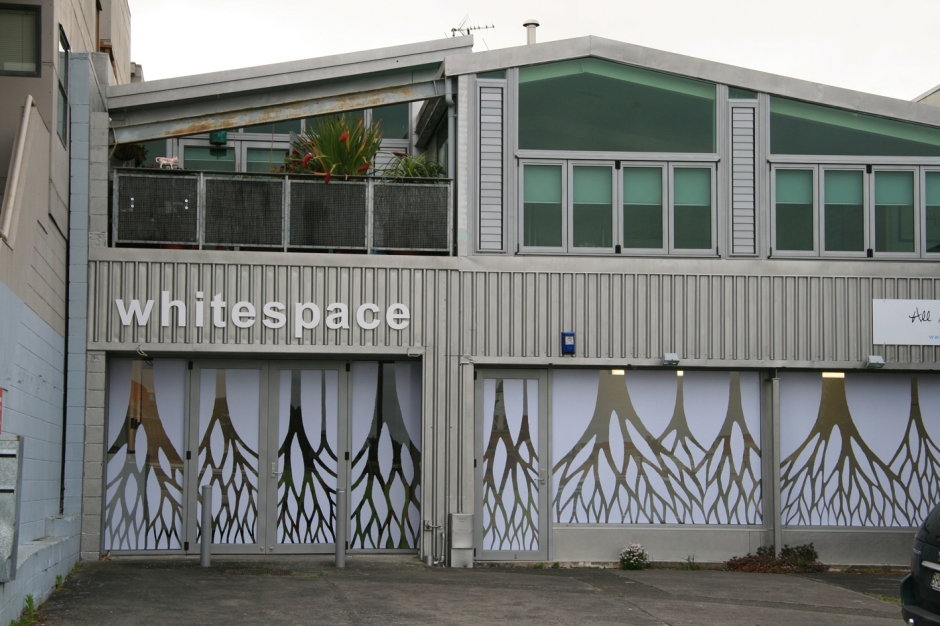 Then we waited for the arrival of Artweek visitors, before plunging our hands (gloves were provided for the townies) into buckets of fresh cow dung, plastering the windows with a richly textured mass of handprints. This was a light-hearted community ritual, inspired by early cave painting practises.

The stencil was then pealed off the windows, leaving the ghostly imprint of an ancient forest’s root systems.

Plunge was an invitation to drink latte’s aplenty, while also engaging with the other end of the milk production industry. 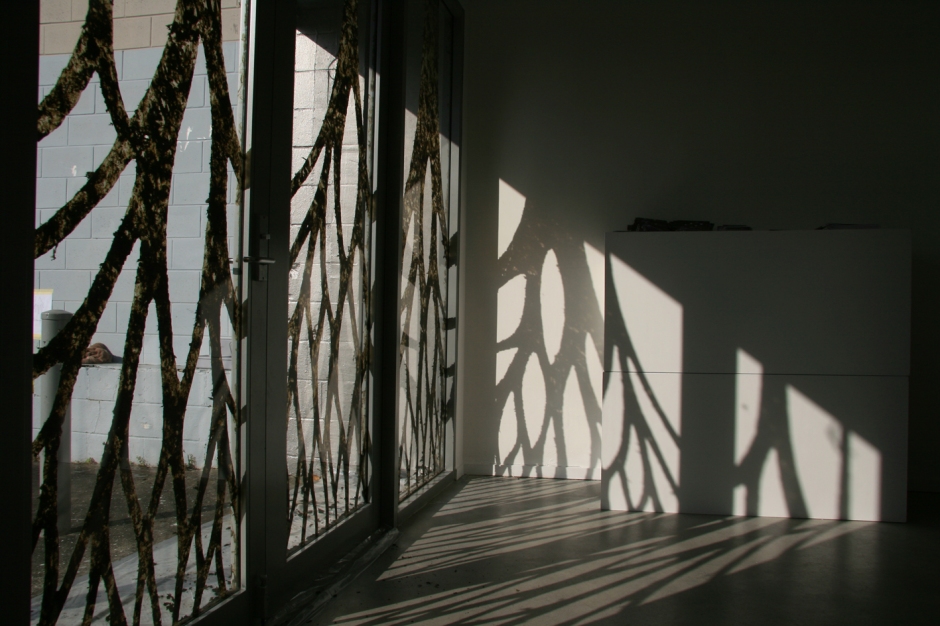